How many of you on your way from Pahrump to Death Valley have passed by the Amargosa Opera House and wondered about its history? I had read about it and narrated its history on my tours, but last Saturday I finally had a chance to tour the inside. 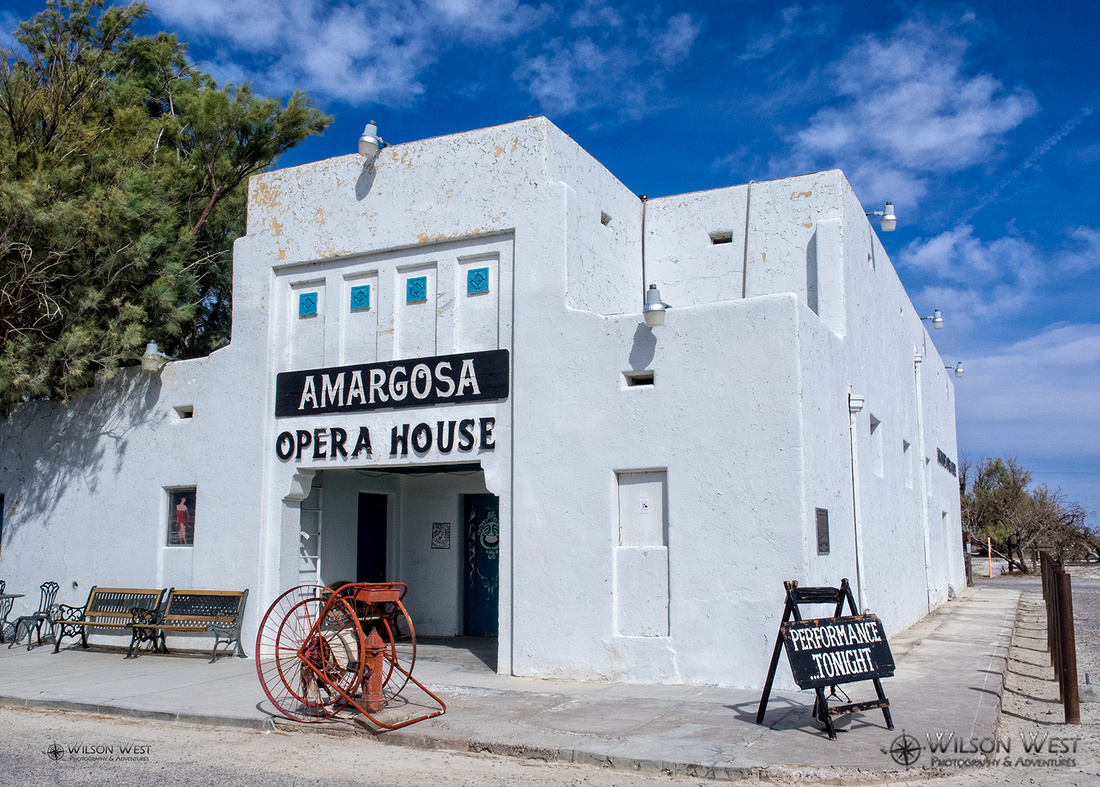 The building was built in the 1920's as a recreation hall for a company town built by the Pacific Coast Borax Company. It was abandoned when in 1967 Marta Becket and her husband stopped in Death Valley Junction to fix a flat tire. Marta Becket was a classically trained ballerina who was looking for a way to continue her work as a dancer. She felt an instant connection to the building. She looked in the window. "As I peered through the tiny hole, I had the distinct feeling that I was looking at the other half of myself," Becket wrote. "The building seemed to be saying 'Take me...Do something with me...I offer you life". And thus  her life long passion for dance and painting continued here in Death Valley Junction.

She opened the Amargosa Opera House in 1967. Sometimes, her only audience were her cats. So she decided to paint an audience around the three walls. Then she painted the ceiling! 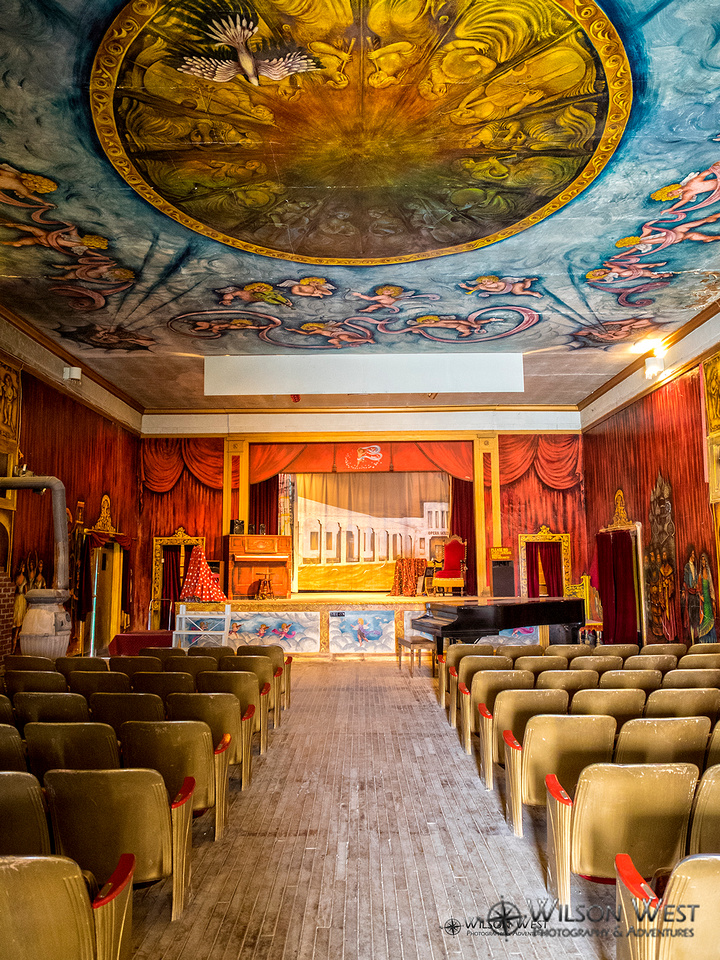 She used what was available for the theater - like these coffee cans around the lights.

Marta Becket performed her ballet shows into her 80's. When her hips prevented her from toe dancing, she developed "The Sitting Down Show". While her official last performance was in February 2012, our guide told us she occasionally still shows up and does a little show. She still lives in Death Valley Junction and will be 90 this fall. 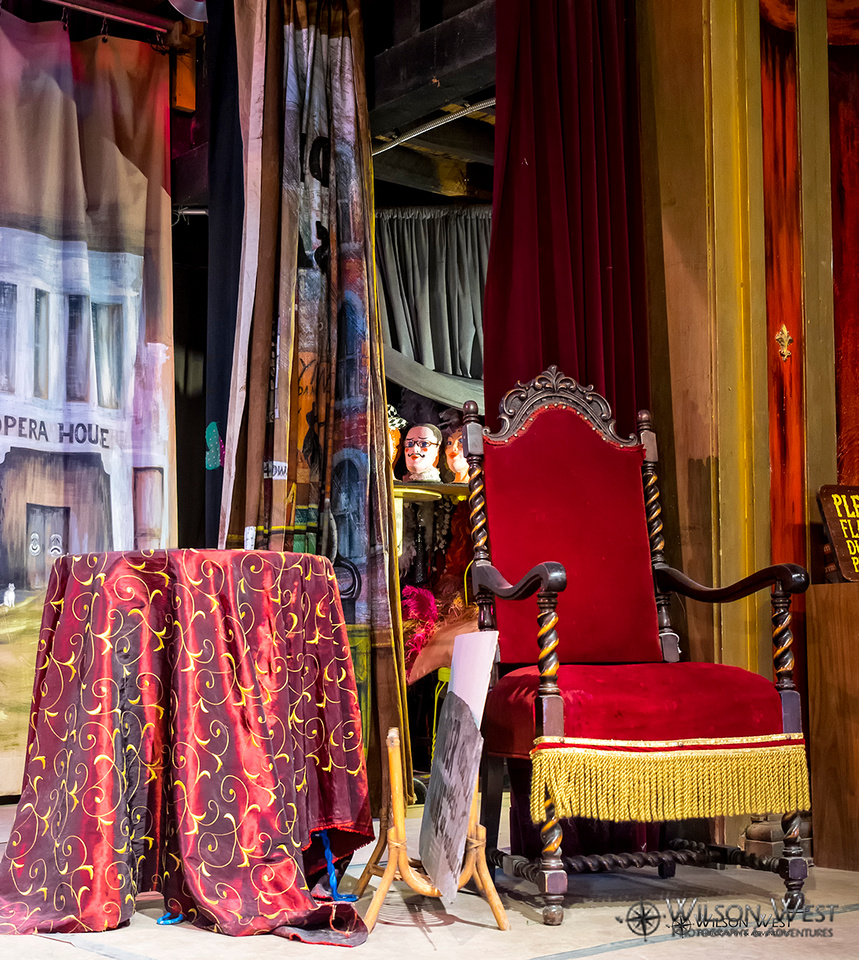 So, next time you are on your way to Death Valley, stop at the lobby of the Amargosa Hotel and ask for a tour. The cost is nominal. Or, you can spend the night - but be warned..."It's a very different kind of place". No televisions, no phones in the rooms and no cell-phone service. And some say it's haunted.

Marta Becket's Biography To Dance on Sands: The Life and Art of Death Valley's Marta Becket was published in 2007. The Emmy Award winning video Amargosa made in 1999 is very enjoyable to watch.