On March 17th I traveled to the West Rim of the Grand Canyon. I hadn't been out there for over 5 years and was amazed by the changes. The most dramatic was the condition of the Diamond Bar Road.  When I drove this road for Pink Jeep tours, it demanded a high clearance vehicle for 14 miles. Now part of it was paved and the rest soon will be. It will also by-pass the Grand Canyon West Ranch, a "bump" in the old road. Grand Canyon West is on the Hualapai Indian Nation. They own 108 miles of the south rim of the Grand Canyon

When we arrived at the new Check-In/Ticketing Center - it too had changed - to the other side of the airport and was many times larger. The shuttle buses came frequently and we didn't encounter long lines for the next bus. I think there are usually two routes, but since it was very slow, the only route went to all three stops - first to the Hualapai Ranch - a re-created old west town. We did not get off here but stayed on until the next stop at Eagle Point.

This is the location of the Grand Canyon Skywalk. I had never been on it before since I'd never really had the desire to pay the over $35 dollars to go out on it, but it was included for the group I was with, so out I went. They have free lockers to put ALL your belongings into. You are not allowed to take anything (cameras, cell phones, etc.) onto the Skywalk. You must put little booties over your shoes. They will take your photo on the walk - for $30.... I am not crazy about heights so I stayed on the frosted glass edge and moved around and off as quickly as I could. Glad I hadn't paid for it! The Skywalk is on a side canyon and you can get nearly the same view from the cliff edge beside it. 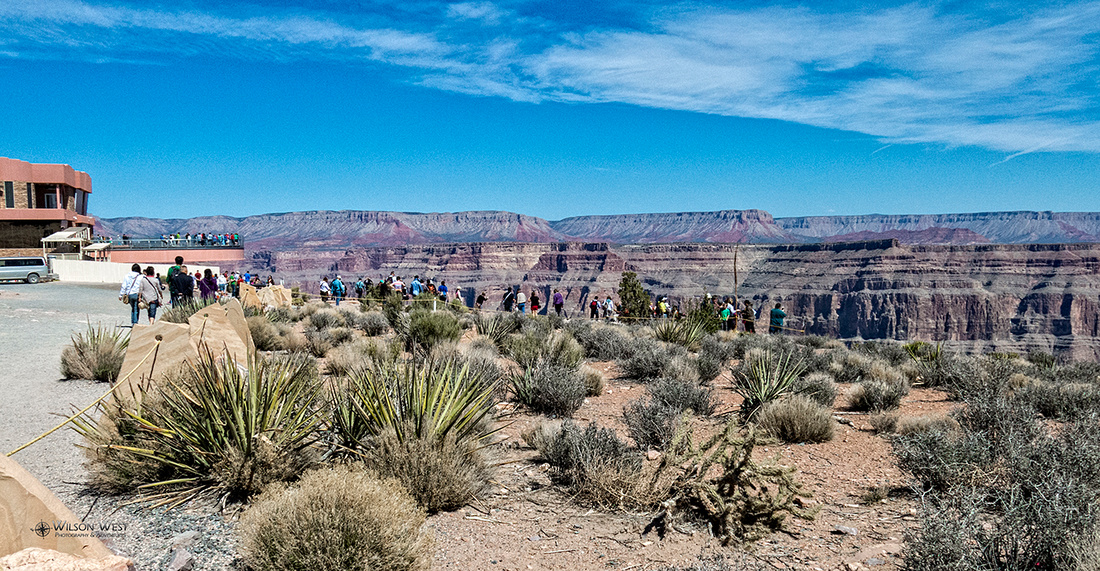 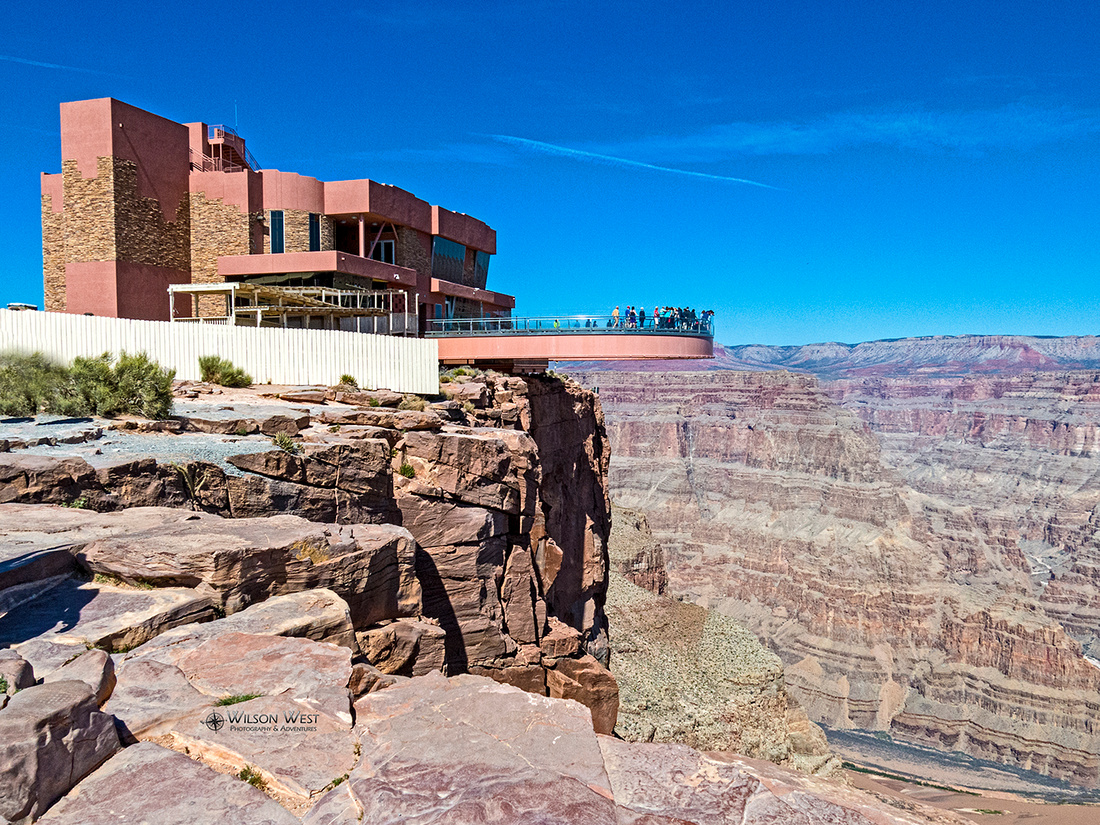 Your alternate activity at Eagle Point is the Native American Village. This is a collection of Native American dwellings. So far, the Visitor Center is not finished inside. There is a snack bar at Eagle Point. The point is named for a rock formation across the canyon that looks like an eagle with its wings spread out. 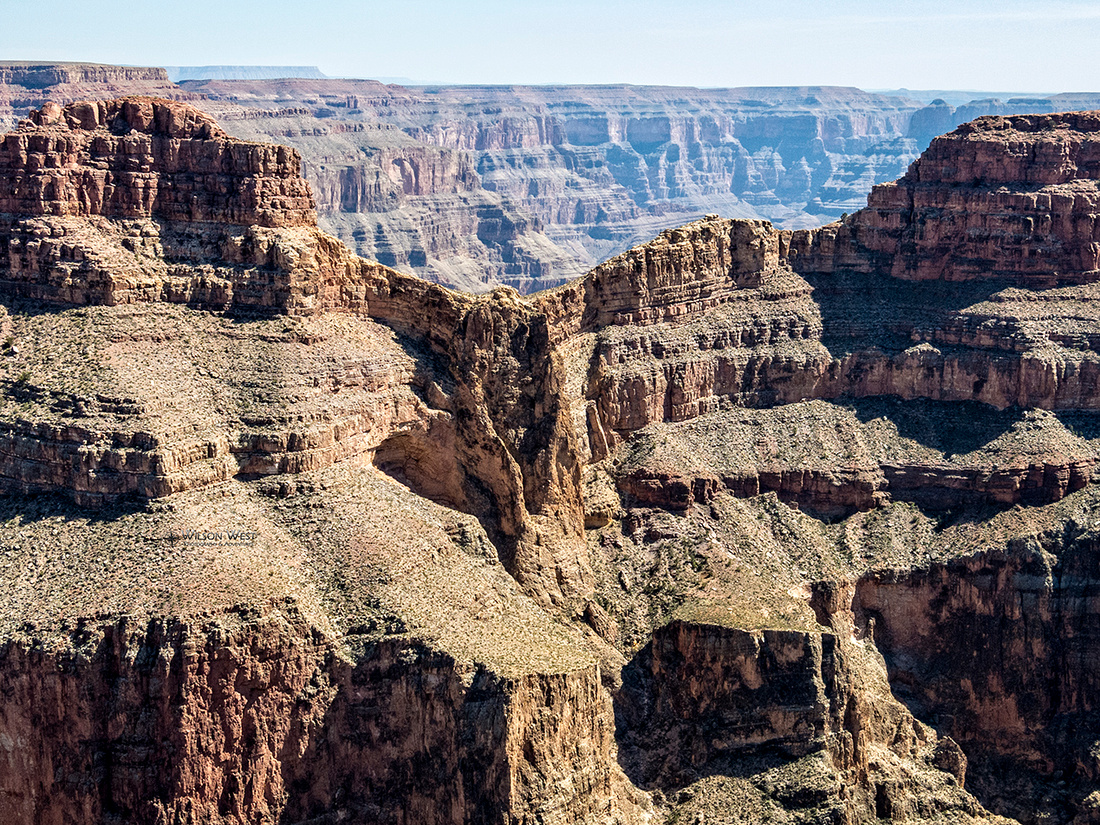 After Eagle Point we got back on the bus to Guano Point. If you haven't eaten, this is where they have the buffet meal for sale. We opted to hike down to the remnants of a historic tram that was used to bring bat guano across the canyon to be processed into nitrates. 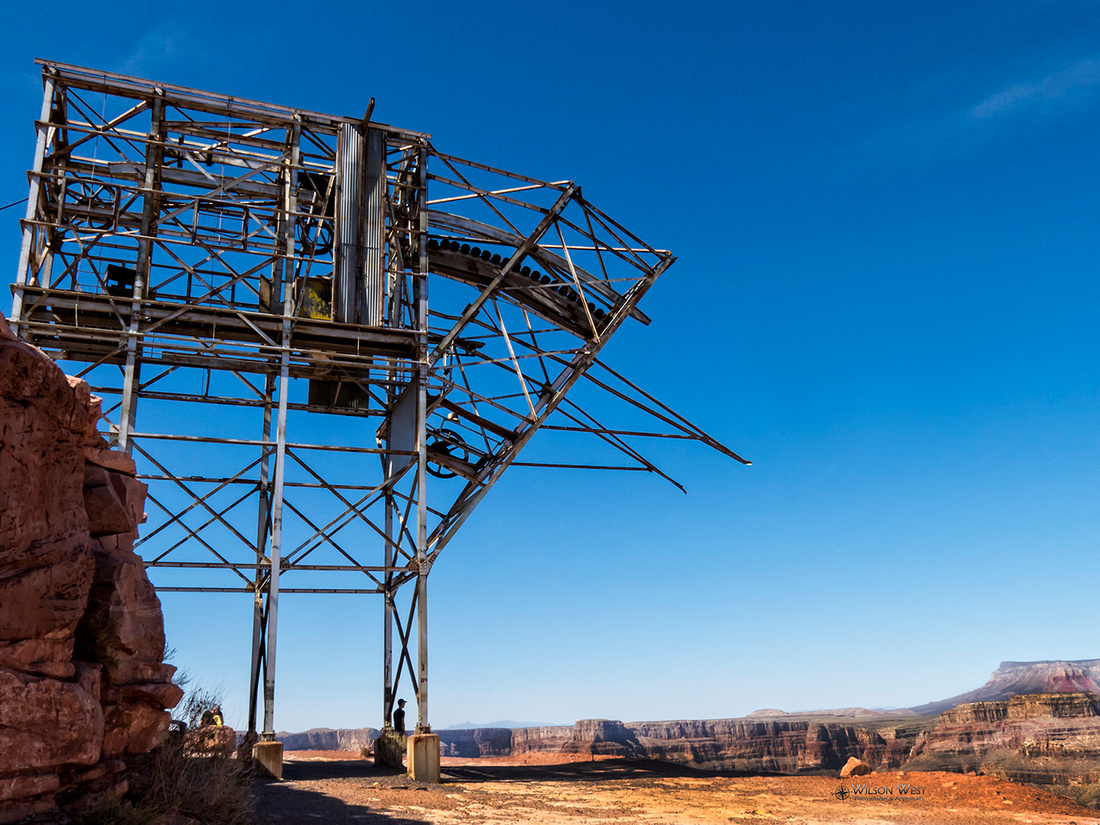 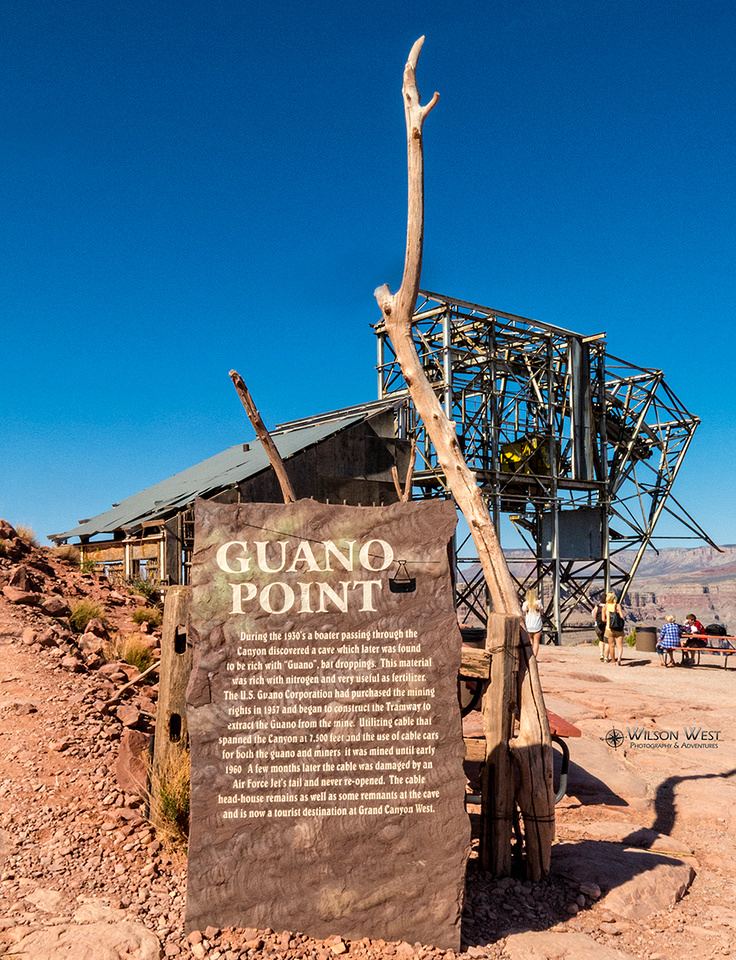 While waiting for the bus back, there is a Native American market selling handicrafts/jewelry. View from Guano Point down to the Colorado River, near the mouth of the Grand Canyon where it enters Lake Mead. 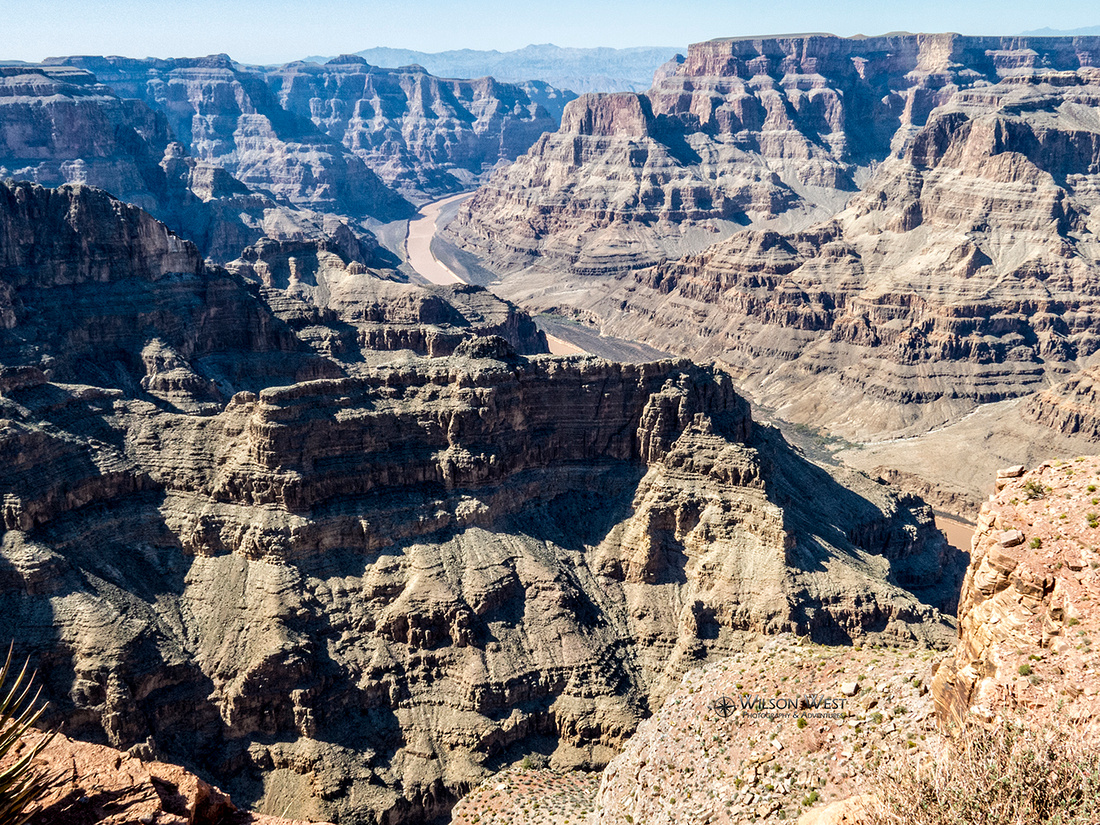 For the shuttle bus, Skywalk and lunch, you'll pay $71.00. There are add ons for Horseback rides and Helicopter Tours.

Given a choice, I would still spend my time and money and go to the National Park on the South Rim.